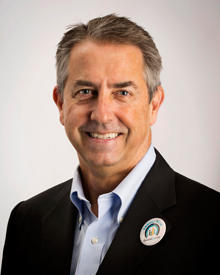 Peter V. Lee is the first Executive Director for California's health benefit exchange, “Covered California.” Having been confirmed unanimously by the exchange Board on August 23, 2011, Mr. Lee oversees the planning, development, ongoing administration and evaluation of Covered California and its efforts to improve the affordability and accessibility of quality health care for Californians.

California's first health benefit exchange was established by the state in September 2010 to support the expansion of coverage enabled by the Affordable Care Act of 2010. As the first state to create a health benefit exchange following the passage of federal health care reform, it is charged with creating a new insurance marketplace where individuals and small businesses will be able to purchase competitively priced health care plans using federal tax subsidies and credits beginning in January 2014.

Previously Mr. Lee was the Director of Delivery System Reform for the Office of Health Reform for the U.S. Department of Health and Human Services, where he coordinated delivery reform efforts for Secretary Kathleen Sebelius and assisted in the preparation of the National Quality Strategy. Before joining the Obama Administration, Mr. Lee served from 2000-2008 as the CEO and Executive Director for National Health Policy of the Pacific Business Group on Health (PBGH), one of the leading coalitions of private and public purchasers in the nation. Mr. Lee also served as the Executive Director of the Center for Health Care Rights, a consumer advocacy organization based in Los Angeles from 1995-2000; and was the former Director of Programs for the National AIDS Network.

Prior to his work in public service, Mr. Lee was a practicing attorney in Los Angeles.